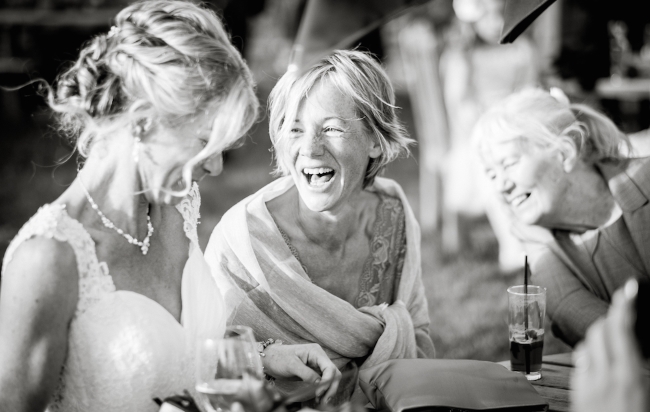 I’m really excited to bring you this new feature where we follow the progress of Mike Riley as he starts out as a wedding photographer. Mike will be sharing his experiences over the next 12 months and giving a “warts and all” description of life as a newcomer to the wedding industry.

In his first article Mike shares why he decided to start shooting weddings, setting up the business – and photographing his first wedding. Hi, my name is Mike and I’m a documentary wedding photographer. Not a phrase I ever thought I would use to be honest!

I have been a photographer for quite a while now, working in the commercial sector for corporate clients. The work has included product shots, images for hotels and estate agents, architects, head shots for businessmen and actors and so on but weddings are something that I’ve always avoided pointing a camera at. Over the years I’ve had requests to cover a wedding, and had many people tell me I should and if truth be told I have done one or two as favours but in general I’ve avoided shooting weddings mainly because I have never seen wedding pictures that I particularly liked.

But over the course of this last summer I re-evaluated that. While on holiday I had come across one or two photographers who seemed a bit different. They didn’t do the formal groups, they didn’t do the cheesy first look, or romantic stroll in the gardens images but they took a strictly documentary approach. They were specialising in capturing candid, story telling imagery. I didn’t know you were allowed to shoot a wedding that way so to speak and it interested me. This is what wedding photography should be as far as I’m concerned, candid storytelling, capturing the small moments between moments. Most of all I thought that this was something I could do and which sits nicely with my own interests in photography in general. So here I am a couple of months later having set up a wedding photography branch of the business and looking to shoot weddings.

I got back from holiday and set to work. I made a shortlist of all the things I needed to do to set up essentially a new business. In fact this was my first decision, was this a new business or a new service for the existing business? I opted for the former. I wanted a new brand, one which specialises in weddings only. That way I can market it separately, keep things simple and eventually establish myself through that brand as a specialist.

I needed a new website, new collateral, I needed to re-evaluate my existing equipment and possibly augment it and I needed to investigate marketing and networking opportunities. Most of all I needed some work because without the work I would have no portfolio and without the portfolio obviously little chance of getting any enquiries or bookings. A catch 22 situation if I ever saw one.

I booked myself on a workshop run by one of the photographers I had come across while on holiday. This involved was a day spent, with him talking through his business and how he operates in the morning, and then an afternoon wandering around the mean streets of Bristol practicing street photography to draw out some of the techniques that he finds useful as a wedding photographer. By the end of the workshop I was confident that I was doing the right thing and that I could set up a brand offering a specific type of photography to a specific set of clients and make it work.

At this point I had no portfolio though and so that had to be my priority. As luck would have it a month before the workshop one of my commercial clients told me that he was getting married and asked whether I would be their photographer. So by the time of the workshop I did in fact have my first booking and a week after, in mid September, I had my first wedding under my belt.

I came away from that wedding with a couple of thousand images to edit down into a coherent story of the day and that’s pretty much all I did for the next two weeks. Look through the images, cull them and curate out several hundred to deliver final processed versions of. It’s a very time consuming process and one which I need to examine closely to see where I can improve my workrate.

The thing is that although common perception of a wedding photographer is someone who charges huge fees for a days work, the reality is that preparing for, shooting a wedding and then editing the images afterwards is actually a couple of weeks of solid work. Clearly the longer one spends the lower the hourly rate for the job falls. I haven’t actually worked out the hourly rate I achieved for that wedding to a precise figure, but it was below minimum wage level.

Of course with no wedding portfolio, just a portfolio full of commercial work it wasn’t possible to charge the market rate for a wedding. The only way to get going is to offer a low cost, even free, service and hope to find someone cash strapped enough or brave enough to take a chance on you. I’m very lucky that I had clients brave enough and very grateful to them for taking the risk. Without them I would have been left waiting for friends and relatives to get married and that might have been a very long wait. Talking of relatives, my cousin got married about the same time, we’ve been out of touch for a little while and I didn’t know she was getting married and she didn’t know that I was launching the business.

The moral of this story is to tell people what you’re doing, you never know what might come of a chance conversation.

By the end of September 2015 I had shot my first wedding. The next step would be to set up a website. The options were to pay someone to build one or build one myself, something I’ve done a fair amount of in the past so I was confident that I could do that. Had I not had that prior experience I would say that it’s worth getting professional help. Without it your site and you by extension will look amateur.

Having decided to build my own site I looked around at what others were doing. Most it seems used one of the photographer friendly hosting platforms that come with templating content management systems, WordPress, Zenfolio and Squarespace to name a few. I chose Squarespace simply because I liked their templates more than the others and set to work. The site took me about a week to set up and tweak to a state where I was happy to launch it.

At the same time I was looking around for networking opportunities and speaking to people in the wedding and photography industries and generally looking for ways to spread the word of what I was doing. It’s no good building a lovely looking website and then not telling anyone it’s there. The days of hanging your shingle over the shopfront and expecting customers are gone I think.

I launched the site on Monday Sept 28th and hit the various social networks to announce it. I ended the day with 13 sessions according to Google Analytics. Could be worse. At the beginning of the following week my partner posted an advert on her work intranet with the site address. I ended that day with 40 sessions and the following day I had my first enquiry from a bride to be getting married in October 2016. Her main query was to do with price. I gave her a reasonable price but I haven’t heard from her since, although I have followed up but without response.

The main thrust of my work on the brand since launch has been to optimise the site for search results and to try to continually reach out to others to network and find other opportunities. For example I was featured on the Fuji UK blog, after an exchange of messages on Facebook with their media manager, as a photographer using Fuji cameras for professional work and saw a large influx of traffic. I’ve also set up a blog and I can see already that the blog and the opportunities to talk to people it creates is absolutely instrumental in driving traffic to the site. Every time I put up a new post and then publicise it I see a spike in the analytics graphs. So what’s next. Yesterday I had another enquiry, this time for a wedding in August 2017, I have a meeting with that couple this coming Friday. They haven’t asked about prices at all but have talked about photography. I like this, it suggests that we care about the same things and with that in mind I hope that I’m a natural fit for them. That is, that what I do and what they want coincide. If not neither of us will be happy and that’s not the way I want to go forward with this.

I have another workshop booked in December where I hope to learn more about social media and marketing, I’ll report back on what I’ve learned there and how I implement it next time. Finally as a result of the efforts to talk to people and network I’ve had feedback on my site and work from the no 1 ranked wedding blog, which has led to some changes on the site, and my first wedding shot back in September is going to run as a featured wedding on another of the top ten ranking blogs this side of Christmas.

Neither of these things would have happened without out my talking to people about what I was doing so with that in mind I plan to do a whole lot more talking, and listening. I hope to see you all again soon with an update, in the meantime feel free to comment and contribute, conversation is good!

Look out for more from Mike in the New Year as we follow his progress.