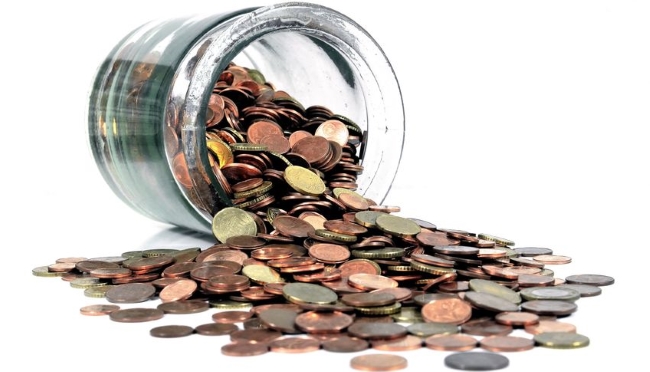 Somewhere, tucked away on my computer is the business plan I wrote when I started the Wedding Crafter back in 2004 which says:

“This business will not be particularly seasonal”

How naïve I was! This is probably the most incorrect and utterly bonkers phrase ever included in a serious document.

I can joke about it now – but there were times over the following 7 years when cash flow problems caused by seasonal trends were no laughing matter.

Our sales income each year looked something like this: A big rush in January/February followed by a steady drop through the year until December when it plummeted as everyone forgot about weddings and started thinking Christmas.

December was a particularly tough month – the quarterly rent was due on Christmas day, staff wages still had to be paid and revenue was invariably below break-even point.

As most of our profits were made in the first 3 months of the year I had to judge how much I would need to hold back until December. I usually got it wrong.

When I did, it meant loaning money to the business and using our overdraft to get us through the last 3 weeks of the year. Some years it got very hairy indeed! But I could be pretty confident that by the second week in January we would be back into the black.

Looking back, these are the lessons I learned:

I was selling DIY wedding stationery supplies and a peak in the first quarter of the year is typical for stationery businesses. Other wedding businesses have a different pattern and it’s important to understand what yours will be. And also to recognise that it can vary. In the last year before I sold the business, we actually had a pretty good December!

Look for opportunities to fill the gaps

Are there markets for your products/services which are either not seasonal or have a different pattern? In 2009 we started selling personalised ribbon to businesses – artisan chocolate makers etc. We already had all the equipment and suppliers because we printed a lot of wedding ribbon. This market peaked in the run up to Christmas – just when our wedding orders were dropping.

Working capital is the cash you need to fund the day to day running of the business. It’s not the easiest concept to grasp, but if you have more than the simplest business it’s something you need to master. I had premises, staff and stock to pay for.

As we grew, I was able to negotiate better deals with suppliers but this often meant placing larger orders. This increased profitability but required more working capital as not all stock would be sold before I had to pay for it.

Always know where you stand

You need to keep on top of your finances at all times. Not just your profit and loss but also your cash position. Reconcile your figures with your bank account too. If you struggle with accounts, then think about using a freelance bookkeeper to manage them for you.

I used to keep a spreadsheet which looked at my cash position for the next 12 months. Each month I’d enter the latest figures and it would adjust my estimates for the months ahead. If I was going to be short of cash for any month the figure would turn red!

It wasn’t nice, but it was better to know in July rather than November that things were going to be tight over Christmas!

Have at least an idea of where you will turn if cash starts to run out and/or you receive an unexpected bill.

I kept an overdraft facility open even though I only used it for a few weeks a year. I also had personal savings and family I could turn to.

Remember that more small businesses fail because of a lack of cash rather than a lack of profits and seasonal industries like weddings are particularly vulnerable. Be prepared and make sure you are not one of them.